THE NEW GOLDEN AGE OF SHERRY, by Albert Solano, in El Mundo 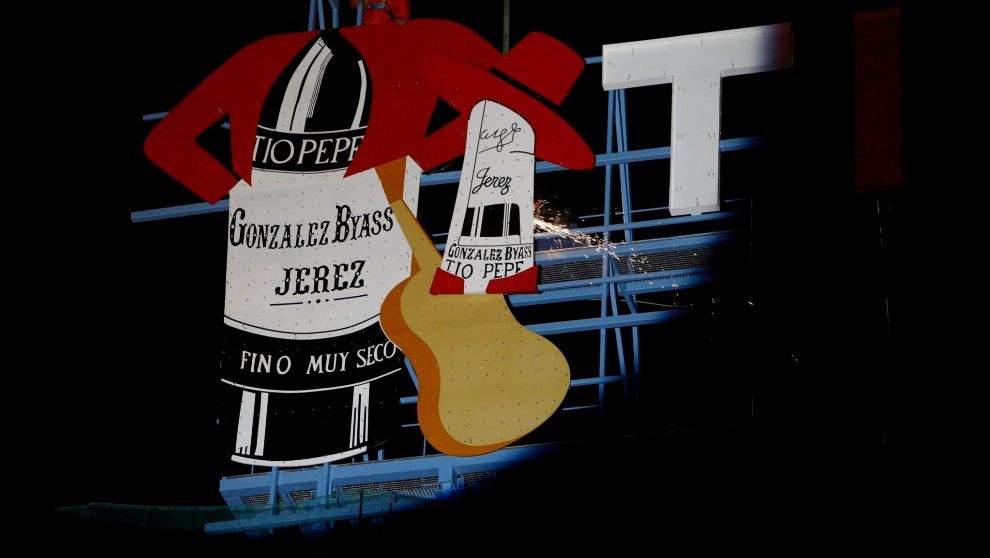 Above is a link to the article “THE NEW GOLDEN AGE OF SHERRY” by Albert Solana which was published in El Mundo newspaper.  Below is the translation of that article into English.

THE NEW GOLDEN AGE OF SHERRY

In 2015, the Regulatory Council of Wine and Brandy of Jerez turned 80 years old. In the words of Cesár Saldaña, its General Director, “…the wines of Jerez are like a journey in which we never see the end, because we are dealing with an infinite journey.  And, at the same time, it is a journey filled with emotion, because sherry is a wine that makes you fall in love with it.”  One cannot better define wines: which have been produced in the province of Cádiz  dating back 3,000 years; which, in the last three centuries, have become one of the libations which are most appreciated in the world; and which, after some dark years, having been relegated to the southern ferias among horses and frilly dresses, today have begun to live a new golden age in Spain.  It is an age which will fully come to fruition within the newly born year of 2016.

For decades, Spanish aficionados have argued that sherry wines are the great oenelogical treasures of our country but they have been met with a general indifference.  In recent times, however, thanks to the work of the Council, the emergence of specialized sherry bars  (such as,  Palo Cortado, in Madrid which serves 80 different sherries by the glass!), and the unstoppable popularity of fine cuisine, with its new generation of chefs and sommeliers who have known how to appreciate it and publicize it, have created this amazing rebirth – rising out of its own ashes.

The reasons for this are many.  In the first place, sherry has an incomparable versatility. Contrary to what is believed, sherry is not only an aperitif wine (or a dessert wine, if we are talking about the sweet sherries made with Pedro Ximénez or Moscatel), but rather it is perfect for serving with a complete meal from its beginning to its end.  In fact, there are products like artichoke or asparagus which do not pair well with any other wine. Not to mention exotic cuisines such as Japanese, Chinese, or Thai, which, it would seem, were designed to harmonize with fino, amontillado, and palo cortado sherries.

It is also being utilized as a fabulous ingredient for cocktail preparation. A shining  example:  the bloody sherry, prepared  with oloroso instead of vodka. Not only is it more flavorful, but the ingestion of alcohol is reduced to less than half.  It also pairs well with whiskey and rum.

And, finally, its unbeatable quality-to-price ratio. A bottle of good fino or manzanilla will never cost more than 10 euros, and it has the advantage, unlike the majority of other wines, that once it has been opened it is not necessary to finish it all at once, since it will store perfectly and still be drinkable in a few days. Or, it can be used to improve the taste of any stew to which it may be added.