About Sherry 4, The Aging of Sherry Wines. (English) 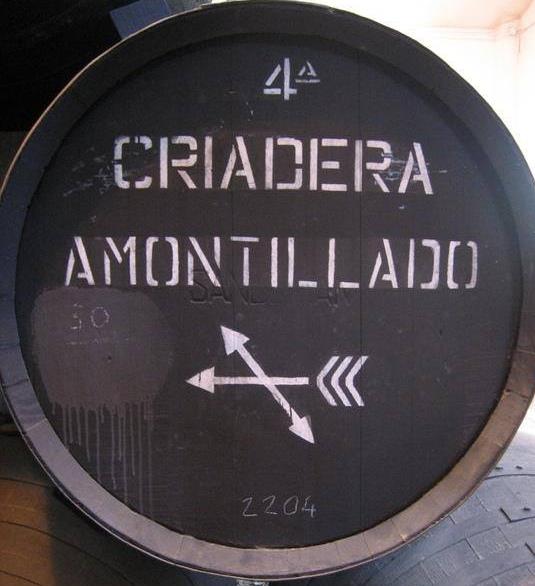 THE AGING OF SHERRY WINES

The aging process of sherry is definitely a key factor in the production of these incredible wines.  As we mentioned in our previous article, after the first classification of the wine and fortification with grape spirit, the first stage of aging starts in the “sobretablas.”  It is the first contact of the young wine with the “botas” or wooden butts and this is the only home they will know until they are ready to be bottled.  After 8 to 12 months a second classification will take place.  All the botas will be examined and it will be decided if the wine they contain will undergo one of the following types of aging:

Biological aging which takes place under the film of yeasts known as the “velo de flor” and where the wine has been fortified to 15% alcohol per volume.  The flor protects the wine from oxidation and the yeasts interact constantly with the wine, consuming its alcohol, glycerin, and other nutrients and providing it with its characteristic aromas and flavors. Finos and Manzanillas will both undergo this type of aging.

Oxidative aging or physico-chemical aging were the wine is fortified to 17.5% alcohol per vol. will provide totally different characteristics to the wine.  Since it will be in direct contact with the oxygen in the air the wine will become darker and will be affected by the concentration due to evaporation of water through the wood of the barrel.  The Sherries that undergoes this type of aging are the Oloroso and Palo Cortado types. 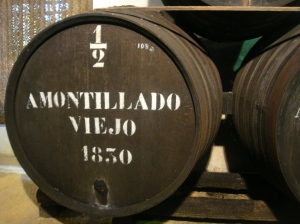 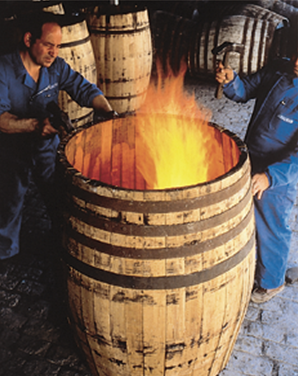 THE BOTA or BUTT

The containers used in sherry making have evolved over the course of its long history.  The earliest known vessels were earthenware, amphorae and jars.  They were used for more than two thousand years.  Nowadays, the barrels used are made of American oak and most have a capacity of 600 liters although they are only filled up to 500 liters leaving a space measuring the span of “two fists” of air.  The botas used to age sherry are never new and must be “envinadas” or seasoned with lesser quality wines.  In many bodegas there are botas over a hundred year old.

THE SOLERA AND CRIADERA SYSTEM

The Solera and Criadera system is the traditional and unique system used to age sherry.  It is a complex system of fractional blending.  In the aging bodegas the wines repose and are organized according to their different degrees of aging. The “botas” are lined up in rows with three or four different levels, each of which corresponds to a scale. The lowest row or scale nearest to the ground is known as the “solera” (from the Spanish word suelo, or ground) and contains the oldest wine. The butts in the row immediately above it are the “primera criadera”, or first nursery, and contain wine somewhat younger than the row beneath it.  In the row above that is the “segunda criadera,” or second nursery, the wines are younger still. And so on…until we reach the youngest wine of that year´s harvest in the sobretablas.

Wine for bottling is always taken from the “solera”, this operation is known as the “saca.” Only a small amount of wine is taken from each butt during the saca. Later, the wine which is extracted from the butts on the solera row is replaced by the same quantity of wine from the first criadera.  This is called “rocío” or sprinkling. This wine in turn is replaced with wine from the second criadera and so on up to the wines on the highest row of butts, which are finally blended with the new wines from the latest harvest in the sobretablas. This operation is known in Jerez as “corer escalas” or running the scales.  The solera system of Sherry wines is therefore a dynamic process and involves a methodical blending of the young wines with other, more mature wines in order for them to gradually acquire the fine qualities of old wines which have enjoyed many years of aging.  This system also guarantees a consistency in style and quality of Sherry wines.  It maintains the characteristics of the wine in the solera while eliminating the variations that may occur among different vintages.  The minimum aging for a Sherry wine, as per the regulations of the Consejo Regulador, is two years although it is frequently aged for much longer.

The bodegas in the Jerez area are not underground cellars as in other wine countries, most of them are very large and impressive buildings that were constructed in the 19th century and designed to diminish the negative factors of the climate and to take advantage of the positive aspects.  Most bodegas have ceilings as high as forty feet which helps keep the bodegas cool with optimal humidity and aeration. This adds to the feeling that you are in a cathedral.  The outside walls of the bodegas are commonly whitewashed, to help reduce temperatures and are at least two feet thick, to support the high walls as well as to provide adequate insulation. The floors of bodegas are commonly a mix of sand, lime and iron oxide called albero.  During very hot and dry weather, the albero is sprayed with water which helps to keep the temperatures low and to increase the humidity. 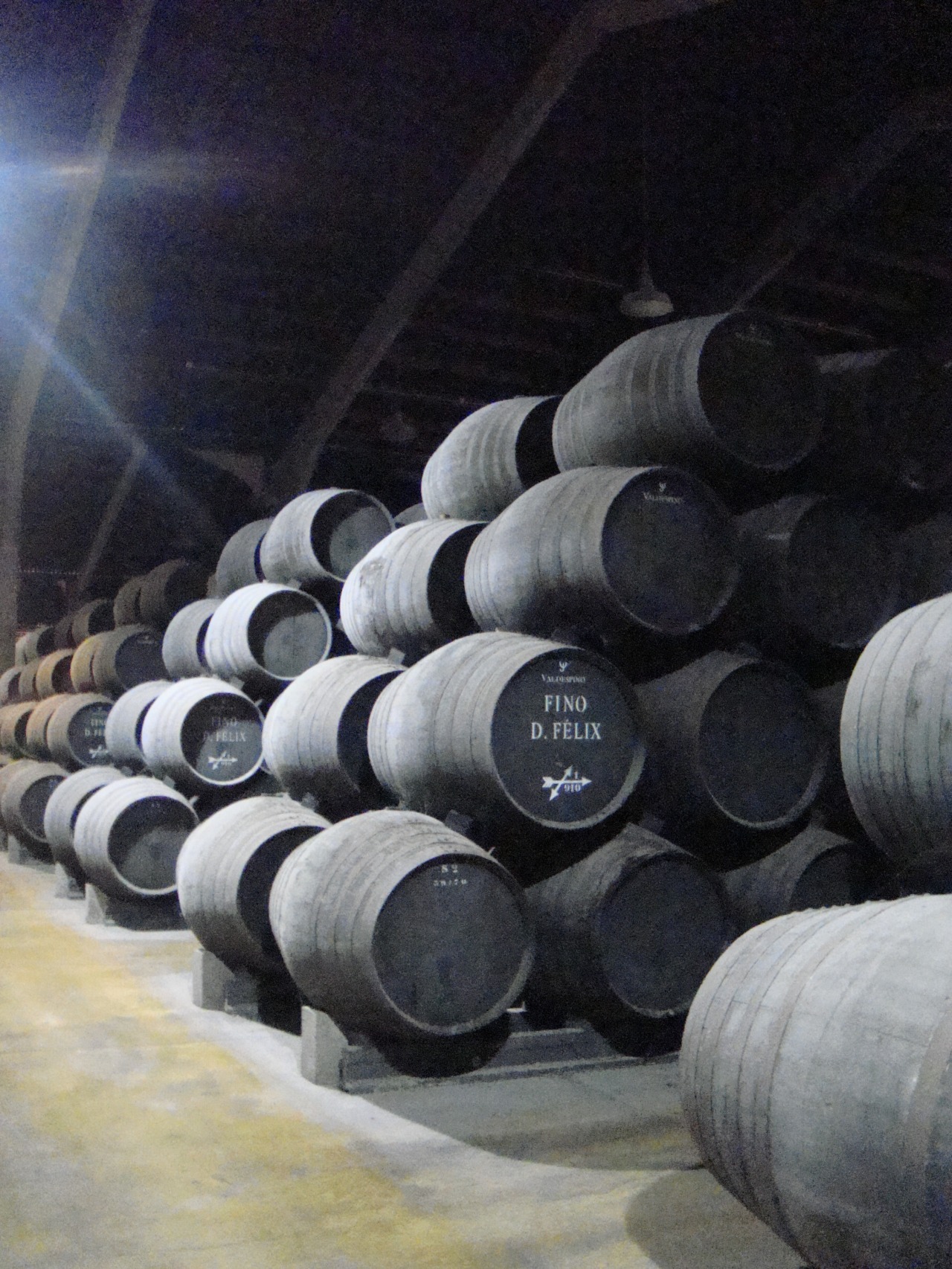 Sherry botas are usually stacked no more than three or four rows high, as the added weight of a higher stack would damage the botas below. Once in place, barrels are rarely moved, and may remain in the same place for decades, and you can see the dust and cobwebs which are a testament to their age.  The caps on the bungholes sit loosely, allowing oxygen into the bota. 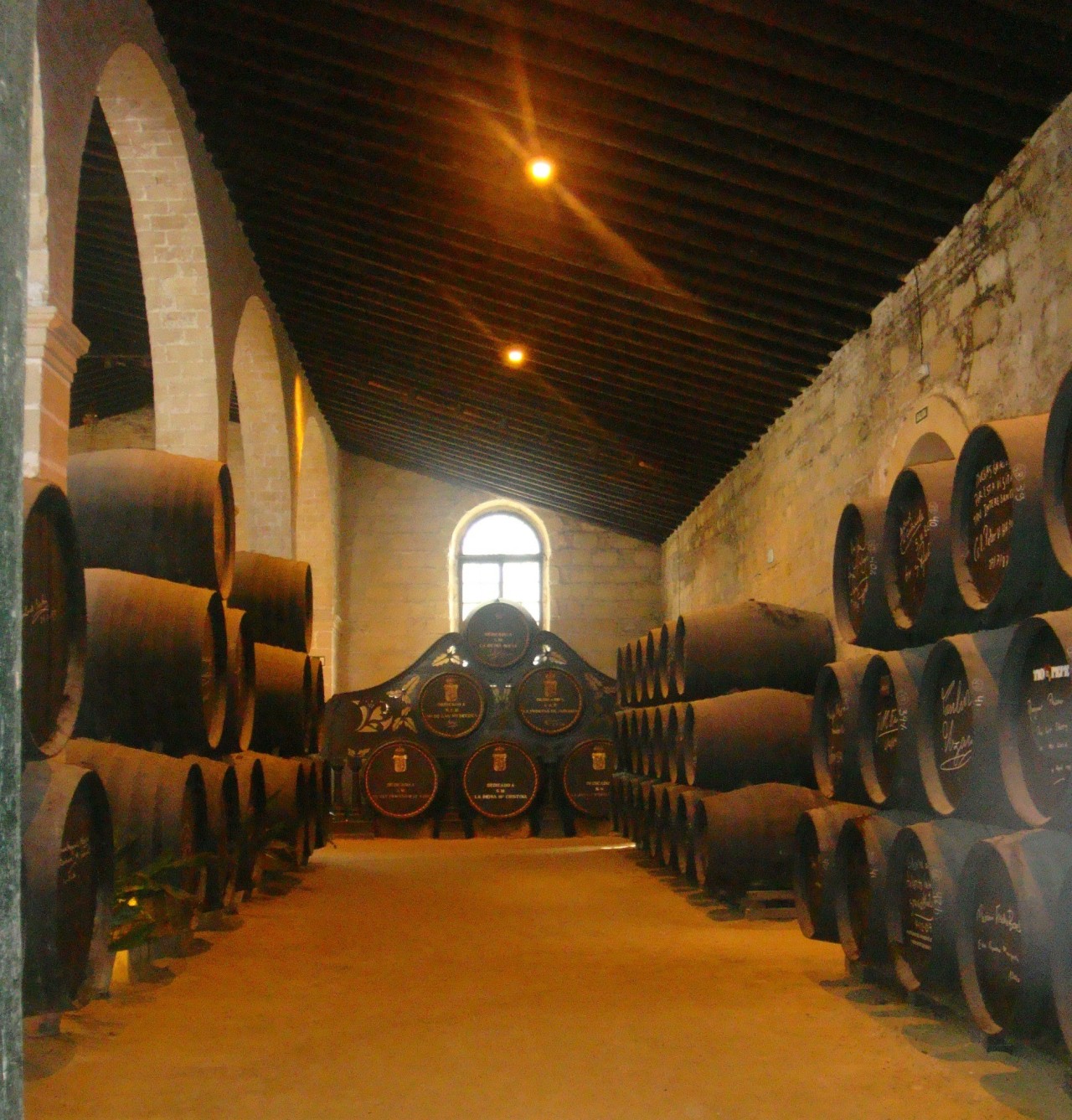 It is truly a wonderful experience to visit a bodega and not only the huge cathedral types  but also the smaller bodegas.  The distinctive and incredible aroma you perceive as you enter a bodega is a wonderful first encounter with the wines that are slowly maturing and acquiring their unique characteristics.  It is a dark and cool environment, and you feel that you have entered a mysterious and magical world.  I have visited quite a few bodegas and still enjoy every single one of them.  It is always a new and wonderful experience for me.